My childhood summers were spent at my grandparents beach house. It’s really on a river, but we call it, The Beach House.

I have many fond memories of summer at that house.

I explored and spent countless hours with my grandmother.

I am a grandma’s girl.

Some girls love their daddies and are sad when they leave… That was me with my grandmother.

I wanted to stay at her house all the time.

When I started documenting her, I never realized how much closer we would become.

I’ve heard countless stories of her childhood and what it was like growing up in a small town. She talks about owning a business and how much sacrifice they made.

These talks are like little life lessons for me. So many of the things that she talks about are things that I’m dealing with.

She is the kindest and most forgiving person I know. I see her teaching her grandchildren about kindness and forgiving—not only by talking about it, but by doing it.

When this project first started, I wanted to photograph the relationship my grandmother had with her great grandchildren.

As time passed, I wanted it to be a story about who she is.

I go over her house or schedule an outing with her twice a month. I do find myself having a list of things I want to photograph—only because some of these things are fleeting and I will miss the moment.

For example, she doesn’t drive much anymore. I want to document her driving.

She also babysits my sisters children. I want to document that also.

All the while I’m with her and making pictures, we are getting closer.

About Angela Douglas Ramsey: Angela is a documentary photographer based out of Norfolk, VA. When she’s not running her four kids around, she documents her family and works on a long-term documentary project about sea level rise. 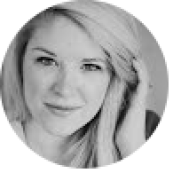